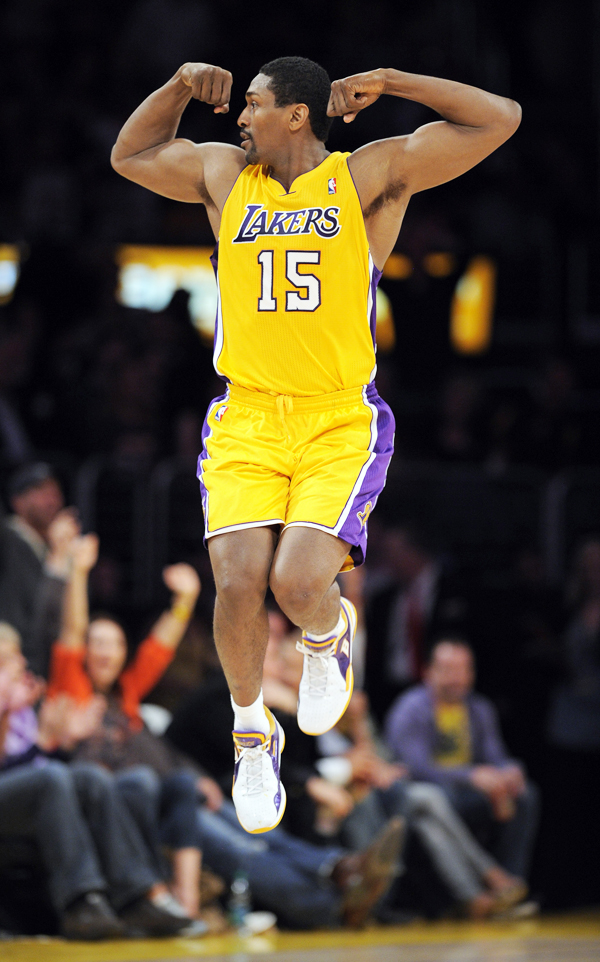 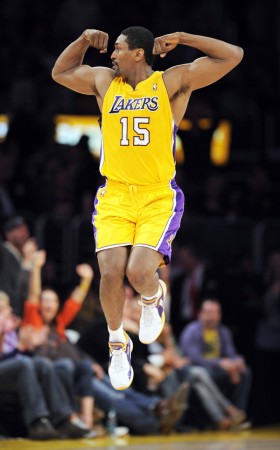 FILE – This March 25, 2011 file photo shows Los Angeles Lakers forward Ron Artest celebrating after dunking the ball during the first half of their NBA basketball game against the Los Angeles Clippers, in Los Angeles. A Los Angeles court commissioner has approved Artest’s petition to change his name to Metta World Peace. The bid by the Lakers forward for the new name had been delayed by three weeks so that he could resolve unpaid traffic tickets. With that issue out of the way, Superior Court Commissioner Matthew St. George approved the change Friday, Sept. 16, 2011, during a brief hearing. (AP Photo/Mark J. Terrill, File)